“Uncertain Terms” screened at the 39th Annual Atlanta Film Festival March 21, 2015 at the Plaza Theater to a very warm & receptive audience. Unfortunately writer/director Nathan Silver could not attend, but it was an honor for producer Josh Mandel and Jeff to represent the film and do the Q&A.

The Atlanta Film Festival is a great experience, meeting many creative artists in indie film. 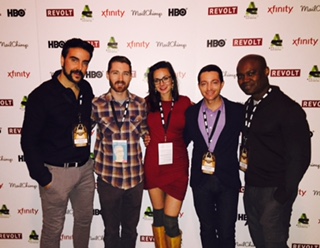