BIASED an indie comedy written/directed by Andrea Lwin was selected for the 2022 Hollywood Comedy Shorts Film Festival screening Saturday April 30th at 12:00pm at TCL Chinese 6 Theatres in Hollywood! Biased and HCSFF will also stream online via Bitpix TV.
Jeff portrays Joffrey who has been dating Alessandra for over 3 years and is ready to take the next move together – cohabitation. Also starring David S. Yung, Elaine Kao, Jon Ohye, Charles Kim and Andrea Lwin. Synopsis: After the sudden death of a tenant, an inept L.A. property manager accidentally creates a competition by scheduling two couples to view the newly-available apartment at the same time, while his cleaning lady frantically tries to wipe away evidence of the dead body.
Info for Tickets, Official Sections, Schedule and Film Guide here in link: Hollywood Comedy Shorts Film Festival

8 DAYS TO HELL a horror anthology written/directed by Shane Woodson released theatrically March 2022 and also won Best Indie Feature at the 2022 Hollywood Reel Independent Film Festival! The devil pays a visit to Los Angeles in this horror anthology of twisted tales that follows the paths of several serial killers on their nights of terror and destruction. Jeff portrays The Count, a pseudocelebrity with a late night TV show for Halloween and scary movie fans. The Count attends a Halloween party in Los Angeles on one of the ill-fated nights. By the time we near the end of our intertwining tales of terror, we are left with a gambler playing for his soul and wondering who or what is the greatest killer of them all?

MIND-SET written/directed by Mikey Murray, an Industry Standard Films production, WON BEST UK FEATURE at Manchester International Film Festival! Congratulations Team Mind-Set! MIND-SET, along with PARIS IS IN HARLEM (also ISF) were both official selections of Cinequest and screened this month April 1 through 17. 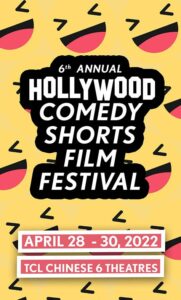 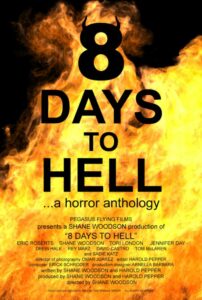