BIASED (comedy) written/directed by Andrea Lwin Won BEST COMEDY at NoHo CineFest 2022! We were thrilled and honored to receive this award, and attend all of the events and meet so many talented filmmakers and artists from around the world. North Hollywood CineFest has truly become a great film festival that really took care of Biased and presented a terrific program of indie films. Thank you again Gustavo Sampaio (Festival Founder/Director) and the festival jury for recognizing our hard work!

Wishing Everyone a Happy and Healthy New Year – Cheers to 2023! 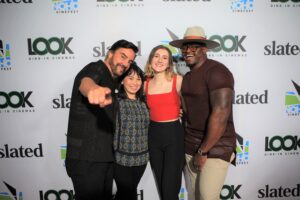 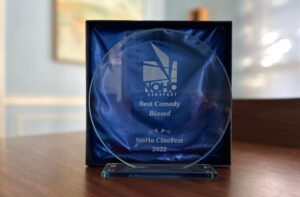 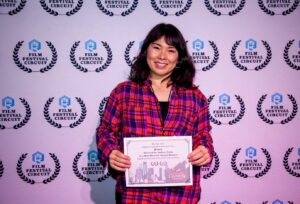