As an actor and producer, Jeff’s passion is great story telling. Born and raised on Long Island, Jeff grew up 45 minutes outside of NYC. His exposure to the performing arts as a child were school plays and family trips to Broadway during, which was more than enough to spark a young boy’s interest in an entertainment career.

Jeff studied Fine Arts and Architecture in college, and after becoming an executive for one the country’s largest builders right out of the gate, he moved to the Big Apple to launch a very different career – acting. While settling into NYC an agent friend suggested that he attend a casting for male models. So with no experience Jeff showed up and a couple of days later found himself fronting Gianni Versace’s men’s market season in 1998. Although exciting, it was not Jeff’s passion. Jeff was taking night acting classes with Naomi Thornton at Michael Howard Studios in Chelsea which deeply inspired him. His NYC theater training over the years was essential in his development as an actor. Jeff had performed in several Off-Broadway productions and was recurring on All My Children. He then made the move to Los Angeles where he continued studying with several teachers, including one of his favorites New York Times bestselling author Larry Moss. 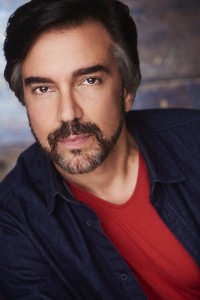 Jeff has kept busy since arriving in Los Angeles and has been fortunate to play a wide variety of roles ranging from the Bad Guy to Disney Dad. Jeff has since appeared in a variety of television and digital series, movies and acclaimed indie films, one being a noir thriller This Last Lonely Place officially supported by the Humphrey Bogart estate.

Jeff is also a partner at Industry Standard Films, a film production company. Jeff produced the Lord of the Rings documentary, Ringers, which won the Outstanding Achievement Award in Filmmaking at the 2005 Newport Beach Film festival. Ringers was released worldwide by Sony Pictures and received a 2006 Saturn Award Nomination. In 2011 Jeff executive produced Without, Mark Jackson’s award-winning debut feature which took the international film festival circuit by storm. Without was called “Stunningly evocative” (Variety), “Truly Mesmerizing” (Time Out London) and is a recipient of a 2012 Indie Spirit Award. In 2017 Without was selected as part of the Cinema Club Screening Series through Arclight Cinemas nationwide and is now distributed by Slamdance Presents. In 2013 Jeff produced This Last Lonely Place, the first of two films from Humphrey’s Bogarts revived production company, which won the Special Jury Prize for Cinematography at the 2014 Newport Beach Film Festival and was released theatrically 2016. Jeff also executive produced Uncertain Terms, Nathan Silver’s critically acclaimed breakout drama which was named one of the Best Films of 2016 by The New Yorker and Indiewire. Uncertain Terms was one of five films selected for the “Best Film Not Playing at a Theater Near You” Series at the MoMA NYC, hosted by IFP & Filmmaker Magazine. Jeff then produced White Orchid, the second film from the estate of Humphrey Bogart which was released theatrically in 2018. Jeff produced and played a lead in Biased, an award-winning dark comedy short that premiered in 2021 at Laemmle Theatres and the Studio City Film Festival. Jeff currently has a few acting projects releasing and a couple of character-driven film projects in development.