DOMESTIC SEDUCTION (crime/thriller/mystery): Domestic Seduction begins shooting this month in Atlanta. The screenplay was adapted from the original best selling novel written by Omegia Keeys. Jeff was cast as Detective Hastings, a detective with a political agenda who received awards for putting the wrong guy behind bars. Hastings and Hunter are rivals, but yet friends in a way, who must work together to save someone very special to them both.

Check out the film’s new Official Facebook Page: Domestic Seduction
A man must use the woman he loves to catch a serial killer.

Synopsis: To track down a serial killer, an ex-detective must put his trust in an undercover beat cop and deal with the demons of his past. Hunter is currently employed at Club Secrets as a security guard. The reemergence of Mr. X pushes him back into the case but he can’t solve it alone. He utilizes the help of a childhood friend Samantha Walker, to go undercover at the club–exposing her to danger as well as capturing his heart. 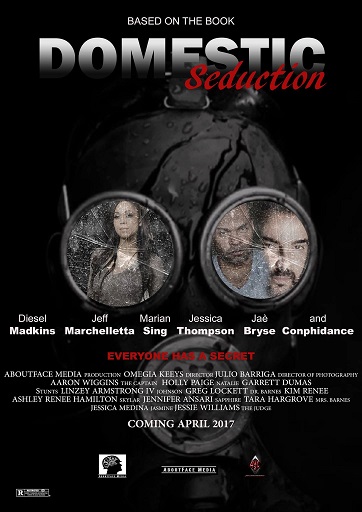