DUKE (drama): A 17-year old teenager with severe autism fights his way to show everyone that he is capable of learning and studying with other students. This touching indie film written by Thiago Dadalt and Dru Miller and directed by Thiago Dadalt is based on a true story. Jeff portrays Joseph Peters, Duke’s father, who is skeptical about the communication abilities of his autistic son. Joseph lives in a troubled marriage due to his wife Brenda’s obsession with their son. 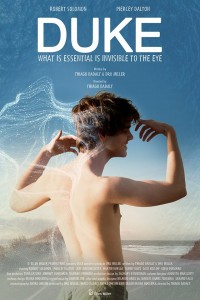