MIND FOREST (fantasy / thriller) an independent feature written and directed by James Prince. Role: Michael (Lead) – an ‘earthy, practical, highly motivated up & coming yuppie’ who wants to settle down with his girlfriend Cassandra. He tries to help Cassandra come to terms with her ghosts without really believing her. This is a tale of a young woman haunted by 370-year-old images of Plymouth, Massachusetts. Cassandra, played by Lauren Maher (Pirates of the Caribbean trilogy), attends the wake of her great grandmother, Zelda, while visiting her hometown in Seattle. There was always something “witchy” about Zelda. Cassandra finds a mysterious hope chest up in the attic of her girlhood home left to her by her great grandmother. Unlocking the trunk opens a doorway to 1631 Plymouth and sends her on a strange journey of self-discovery. The story’s theme combines flavors found in “Sixth Sense” and “Practical Magic.” Premiered July 17th, 2003 @ The ComicCon International Film Festival in San Diego and screened at 2003 The Temecula International Film Festival and the 2005 Plymouth Independent Film Festival. 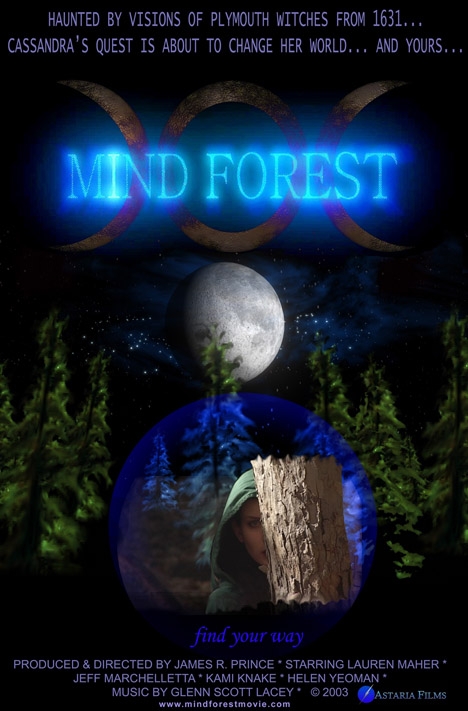