ROGER ESPIONAGER (comedy) is a spy comedy series pilot set in Atlanta, Georgia and is written by Matt Cornwell and Brian Chapman. Jeff portrays Roger’s boss, Chester the owner of Lifestyle Solutions. This quirky fun fresh pilot, directed by Brooke Jaye Taylor, is premiering at the 2022 Micheaux Film Festival Friday July 15th 11:00am at Regal LA LIVE! Synopsis: As the CIA scrambles to stop a hidden threat from within, they must rely on a professional cuddler to unlock the mystery and stop the next Cold War. Info and Tickets here: Micheaux Film Festival

BIASED (comedy) an indie comedy written/directed by Andrea Lwin is an official selection of the 2022 Austin Comedy Film Festival and will screen Saturday July 16th at 11:00am! Jeff portrays Joffrey who has been dating Alessandra for over 3 years and is ready to take the next move together – cohabitation. Synopsis: After the sudden death of a tenant, an inept L.A. property manager accidentally creates a competition by scheduling two couples to view the newly-available apartment at the same time, while his cleaning lady frantically tries to wipe away evidence of the dead body. Come out for a laugh Texas! Info for Tickets here: Austin Comedy Film Festival

SOME KIND OF WONDERFUL (comedy) a comedy series pilot written/directed by Ricky Reidling, is still in the festival circuit screening around the world and just won Best Web/TV Series at the 2022 Meridian Independent Film Festival! SKOW is about three best friends – Sam, Tony & Steve, who made the transition from Los Angeles to Palm Springs, California to live a much more laid back way of life. While many consider Palm Springs to be a tourist destination or retirement community, the primary characters in the series discover an environment and lifestyle they hadn’t expected. Jeff portrays Tony Morretti – a competitive realtor who is a bit full of himself, but don’t let the mask fool you. Underneath his armor is a sincere heart of gold. 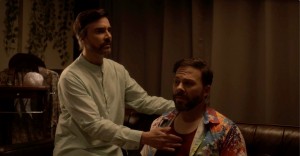 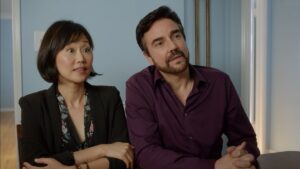 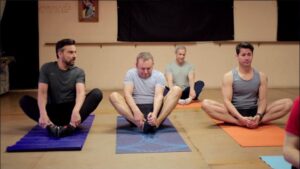 Some Kind of Wonderful still