SOME KIND OF WONERFUL (comedy series): SKOW, a pilot written/directed by Ricky Reidling, is screening at the 2021 Silicon Beach Film Festival at TCL Chinese Theatres in Hollywood October 3rd at 4pm. Info and tickets here: 2021 Silicon Beach Film Festival SKOW is about three best friends – Sam, Tony & Steve, who made the transition from Los Angeles to Palm Springs, California to live a much more laid back way of life. While many consider Palm Springs to be a tourist destination or retirement community, the primary characters in the series discover an environment and lifestyle they hadn’t expected. Jeff portrays Tony Morretti – a competitive realtor who is a bit full of himself, but don’t let the mask fool you. Underneath his armor is a sincere heart of gold.

BIASED (comedy): Biased is an indie comedy written/directed by Andrea Lwin that is currently being submitted to film festivals with several open submissions. In the meantime Biased was entered into a film competition – Best Shorts Competition – and Biased Won 3 Awards: Award of Merit Special Mention: Asian, Women Filmmakers and Actor: Leading (David S. Jung as Bernard)! Visit this link for Best Shorts Completion Biased Awards of Merit listing. Bernard, a Korea-town apartment building manager, is in desperate need to fill a vacancy and accidentally schedules two potential couples at the same viewing time. Bernard, after his interrogation, finds the perfect couple to fill the vacancy … or does he? Jeff plays Geoffrey, ‘Pronounced Joffrey,’ who has been dating Alessandra for over 3 years and is ready to take the next move together – cohabitation. Also starring David S. Yung, Elaine Kao, Jon Ohye, Charles Kim and Andrea Lwin. Stay Tuned! 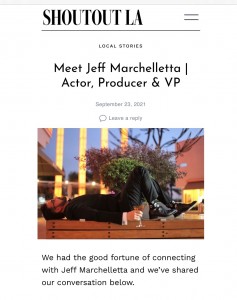 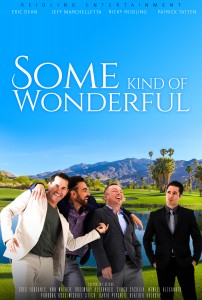 Some Kind of Wonderful Poster 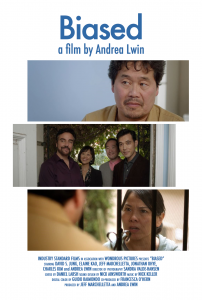