The Last 4 Film Festivals for DUKE – Australia, Belgium, Italy & the US. What a Run!

Four more festivals and DUKE the film will end it’s festival circuit with a fantastic run – 15 awards and over 40 film festivals around the globe!
Enjoy the last screenings of DUKE on the big screen, and congratulations to all of the cast and crew, that worked hard to make this special film happenL 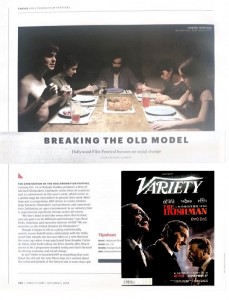