UNBELIEVABLE (drama): Unbelievable is an new original series coming soon to Netflix. It is based on the true story of Marie, a teenager who was charged with lying about having been raped, and the two female detectives who followed a twisting path to arrive at the truth. The series stars Toni Collette, Merritt Wever and Kaitlyn Dever. Jeff portrays Colorado’s Westminster Police Chief Bilson. Stay tuned! 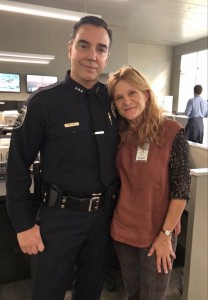