“Uncertain Terms” written and directed by Nathan Silver (Exit Elena, Soft in the Head), is now releasing theatrically in the US and Canada.

Check out the trailer in this Indiewire story:
Exclusive: Trailer and Poster for Nathan Silver’s Acclaimed Relationship Drama ‘Uncertain Terms’

Village Voice named Uncertain Terms a Critics’ Pick for its open at Cinema Village NYC, check out the review here: A Home for Pregnant Teens Is the Setting for a Romance in Uncertain Terms 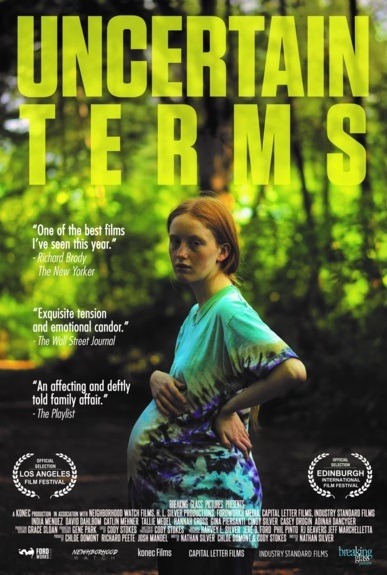